A simple tutorial how I’ve managed to fix OpenGL issue with Ati Xpress 200M graphics card. I had to buy a 1GB of RAM and Windows Vista. Bah , this is my whole story and I would like to share to you. Especially if you’re looking for a budget laptop and you don’t want to

So I said to myself , wow , it seems to be bang for buck laptop. I bought it for RM 1999 (USD 583) . It comes along with a decent Integrated graphics card (ey at least its not an Intel GMA 950 card or one of those crappy cards).I’ve did my homework before buying that card. I’ve done comparison with GMA 950/900 and found out that this is a stripped down version of ATI Readon X300 Card. Plus it comes with Hardware TnL which the GMA lacks. So I installed Windows XP Professional since it only has 512MB of RAM . Installed the latest graphics card drivers from OMEGA. Yep , everything worked fine.
The Horrible Nightmare
I did manage to play couple of games such as Mafia , GTA : Vice City and uh even Star Wars : Battlefront II. Obviously I need had to tune down  the settings to Low and use 800×600 or 640×480. But its playable , for a budget laptop thats good. Since It did manage to play games such as Mafia , GTA Vice City and uh even Doom III – So I tried my favourite game of all time – 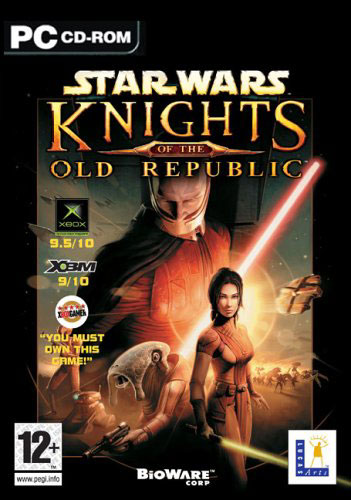 Star Wars : Knights of the Old Republic . It didn’t require a sophisticated PC. In fact it just needs a Pentium III with a decent graphics card (I’ve tested before on my Pentium III 450mhz with 256MB and with a GeForce 4 MX 440SE and it did run fine). Installation went fine , no hiccups or what-so-ever , bam when i ran the game I was surprised , the computer was chocking till death. I was getting like 1-2 fps. So I tried to tune down the settings – and that didn’t work. So , I thought there must be a way to fix it. Went on to Google around to find a cure or at least how to rectrify the issue. I was shocked when I came across with this blog , not only me , but there are a lot of ATI Xpress 200M users who are sharing the same faith as me. After reading and following the blog for some time , I’ve managed to find out that the graphics card has some issues with OpenGL. It offloads all opengl calculations to CPU which causes the CPU usage to increase it to 100% – Thus halting it !. The only way I could fix this issue is by using Windows Vista. It seems that Windows Vista comes with a layer that ‘translates’ OpenGL instructions into DirectX instructions , thus making OpenGL games playable under vista – Exactly which I wanted as ATI implemented a solid DirectX foundation  as I could play many DirectX games
The Windows Vista Nightmare !
So the only way I could  ever play was to upgrade to Windows Vista – oh boy I hate that OS. So since I don’t have much of a choice , I installed a pirated version of Vista (I am broke as I had to get Windows XP retail). Tested it out and with 512MB of RAM , the computer was having a lot of issues , slow boot up times , windows swaps a lot. Its a total bloatware with a la Mac Style GUI (Its a total failure). Anyhow , lets get back to the story , re-installed Star Wars Knights of the Old Republic (KoTor) and voila I wasn’t having any 1-2 fps , instead i am getting like 15-20 fps which is pretty good for the graphics card and with that amount of RAM !. Anyhow later i had to upgrade the RAM to 1GB and get a genuine Windows Vista Business to avoid getting caught by the big Microsoft. Oh if you’re wondering where did I get the drivers for Vista , you can get it from here
Anyway here are some screenshots (which I’ve snapped with my Hp hw6515e) of my laptop running Star Wars Knights of the old Republic
There we go , it runs fine. Here is an in-game screenshot with fraps turned on. Just to let you guys know on how much fps that I am getting at the moment. Certainly its weak and I need to turn off some eye candies which I’m used to (such as Motion Blur Effects , Antialiasing and etc). So here you go
Over all , its playable and its one of the best games and i enjoy it very much. Anyhow , let me sum it up. If you’re having issues with Xpress 200M , you’ll have to switch to Vista .Yeah , you don’t have a choice , I’ve not stumbled across any replacement for XP.
As you see on the left , I am getting around 19 fps (High Settings and I’m using 1024×768). Its good , but at least its far better then getting 1-2 fps for this game. So far the lowest that I’ve managed to get  is around 7-8fps. If I set it to 800×600 , it gives me an extra 1-2 fps , but thats about it. As usual , you can’t expected much from an Integrated Graphics card , however i’ve seen people with GMA 950 with far better frame rates for this game. I guess I’m doomed , well not really. Anyhow , I’m pretty happy that I can play this game wherever I go , its one of the best Role Playing games that I’ve played. Trust me , I want more out of this game and every time I play this game , I get a different experience
Anyhow , the OpenGL performance for this card over all is low , but what can I say – You can’t get much from an integrated graphics card ! – Who knows If I’ve the time I’ll do review on Star Wars Knights of the Old Republic.
P.S – Another picture below – The highest FPS  that I’ve managed to get – Guess Guess *Spoiler – See Below*